It's never too early

To start investing in your personality

A complete package for you to Enhance your Spoken English, Speaking Skills and Confidence.

It is a course that will transform your personality and will give you a new found way to deal with the world!

The secret of fluency is simple, it's just that people do not know the steps to follow and even if they know the steps, they don't know how to follow. Here, not only you'll be shown the path but also we'll help you to stay on track Conversation Tactics to enhance your talking skills when conversing with a person or upto 10 people. Keep them hooked. Maintain their attention!

Learn the tricks that professional public speakers use. How are they so calm and confident? They were not born different. They just learnt few tricks that they use all the time

I have cracked BARC, ISRO, Indian Army and IIT Bombay Interviews. I have taken dozens of mock interviews and have trained 100s to crack top level interviews. The tricks explained here will turn you one out of million in the eyes of any interviewer

Art of Speaking has been going on for over a year now. Across 12 different batches, over 100 students have completed the course. Plus, Ashish has been a teacher of Mechanical Engineering for over 3 years now. This gives Ashish the experience to teach well.

The past batches has solidified the course to the point of perfection. We know what you need before you know you need it. Ashish knows the question you are going to ask before he says. "Any Questions?". Past Artists have huge contribution to the program that we've developed to the point that we know EXACTLY what you need!

Our live sessions are our Strength. Our personal connection with Artists in our program is what makes us unique. Join us for open and interactive QnA and more importantly participate in the Group Discussions and reunions. Get the stage and an opportunity to speak in front of dozens. Basically, Get EXPOSURE!!

Get access to the Art of Speaking Community where you meet a bunch of people enthusiastic to learn and grow just like you. The Access continues even after the completion of the course! Find people who can help you grow in your career along with strong networking opportunities with others highly talented and hard-working individuals

Daily Assignments to keep you on track

During the course, to keep you in check and on track is our responsibility. By the time the course ends, the habit will be developed in such a way that now the tracker is in-built within you and involuntary! We not only help you learn a habit but also go thoroughly through your assignments to help you find out your mistakes and work towards improvements

Thanks to our experience of running four Youtube channels, with the oldest one having it's roots in 2016! This has given us decent experience with videography and high quality editing which in turn helps us to create lessons that are at the pinnacle of video production. Content is precise and designed for your fast and easy understanding.

You are not enrolling for something unknown, something untested, something new. This is a course approved and accepted by number in three digits. First Season of Art of Speaking went for 12 batches with over 100 students. The policy throughout was, 100% fees refund if the student was not satisfied after the course. The fact that ZERO out of them asked for a refund even though anyone could have, says enough about the Authenticity of the course “Altogether this is a Wonderful course having a vast and detailed range of topics covered. Also Ashish sir alongside being a great artist also serves a responsible, humble and very understanding personality. He will provide you a solution to all the doubts you can possibly get. All you need to do is just continuous practice..” "Speaking is a special art which you can show everytime you speak. Art of speaking course made me conscious about my mistakes in speaking and I got personalized suggestions to enhance my speaking skills. I also learned to speak differently depending on the situation" "I have recently completed speaking course.The problem with most of the people was that they don't know what's the mistake they are doing when it comes to communication skills,here that is what differentiates art of speaking from the rest, they analyse on an individual basis and understand where exactly the person is making mistakes and give you a practical solutions to overcome them " 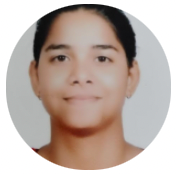 Art of speaking had been a great experience for me. Ashish sir is an extremely dedicated person who taught me me to carefully observe myself and be aware while i speak. Now i can analyse the mistakes i do while talking and try not to repeat them.The most important factor was he provided the personal attention.I really learnt a lot from this course and enjoyed the improvement. Done seminars across the country, given talks in multiple colleges, host at Ashish Ranjan Podcasts (140 episodes and counting). I run two different Youtube Channels: Torq4712 (210K Subscribers) & Ashish Ranjan (40K Subscribers). When you see me giving talks in front of hundreds, when you see my podcast being watched and listened by thousands, will you believe if I said I was once an introvert?

I don’t know if you can believe all that but since you hung around so long, let me tell you what I believe. I believe,

"Anyone can change if the desire is sufficient, anyone can learn if the direction is correct. The only thing you were handed over without any discrimination was time, the only free choice you really have is what you do with the time you are given"

Now here’s the real "about me" where you see my qualifications: Know More...